On Tuesday, September 24, MAZ held a panel at our NYC office that brought together thought leaders from across the media and tech industry to discuss subscription “paywalls.” Throughout the discussion the panel, moderated by Adweek emerging tech reporter Patrick Kulp, was made up of MAZ CEO Paul Canetti, The New York Times’ former VP of Product Eric Hellweg, Quip’s Director of Growth Mike Schanbacher and former CEO of Visto, Kerri Bianchi.

The 45-minute long panel, nestled between two sets of mixer sessions where MAZ clients and guests mingled, was spent discussing the hows and whys of subscription paywall. Moral of the story: many digital publishers are currently moving away from traditional ads and charging consumers monthly fees in exchange for premium content.

The discussion focused mainly on how new and legacy publications, namely The New York Times and The Washington Post, have benefitted from taking the “direct-to-consumer” route that today’s popular brands, like Quip toothbrush, benefitted from. After all, it’s no coincidence that 48% of news outlets today are using some form of paywall, a major jump from 38% in 2017.

Many media businesses, especially the legacy brands with loyal followings, are utilizing subscriptions as a way to leverage their brand power. With countless advertisers choosing to pump more and more of their money into Facebook and Google instead, the cash they’d typically spend on ads in large media outlets like The New York Times and the Washington Post has dried up. As the panel members discussed, publishers have instead decided to “cut out the middleman,” as tech disruptors would say, and offer up their content directly to their audience.

The types media paywalls fall under three main categories: the standard free model that generates revenue through ad sales, the hybrid using some kind of paywall along with free content, and finally the select few like Financial Times and other niche sites (The Information) who use a hard paywall.

“I think more and more of them are finding this to be a viable business model, obviously the New York Times being one of the earliest out there,” explained Hellweg, who’s worked in the journalism paywall space for over a decade. “A lot of it depends on what kind of value you’re creating for your usership.”

Schanbacher agreed that media companies can borrow some aspects of the D2C strategy that Quip uses, saying “there are ways to make subscription models work.” This is where publishers can follow in the footsteps of growing brands by placing a monetary value on their content or product. For example, The New York Times’ rebranded slogan being “The truth is worth it,” a signifier convincing readers of its journalism’s value worth the monthly fee.

“The idea of looking for quality audiences are what many marketers are looking for, and that’s a big part of it,” said Bianchi, pointing to the data science that goes into which type of consumer to target and which will stick with free content. As MAZ’s Canetti also noted, “typically with paywall products, once you subscribe you want a more premium experience,” he said, in which publishers drop the programmatic advertising.

“Behind the paywall, they’ll only show sponsorships or native ad units or something that feels more elevated in the user experience,” thus giving them better ad rates due to the niche audience willing to pay for them.

At the end of the day, the experts concluded that no, it’s not dying. However, it is “evolving,” as Canetti put it. As with any other industries, trends in media follow those of other commerce consumer patterns and may easily shift back to ad-supported in the future.

Check out more from MAZ’s OTT tools or request a demo with our team here to learn more. 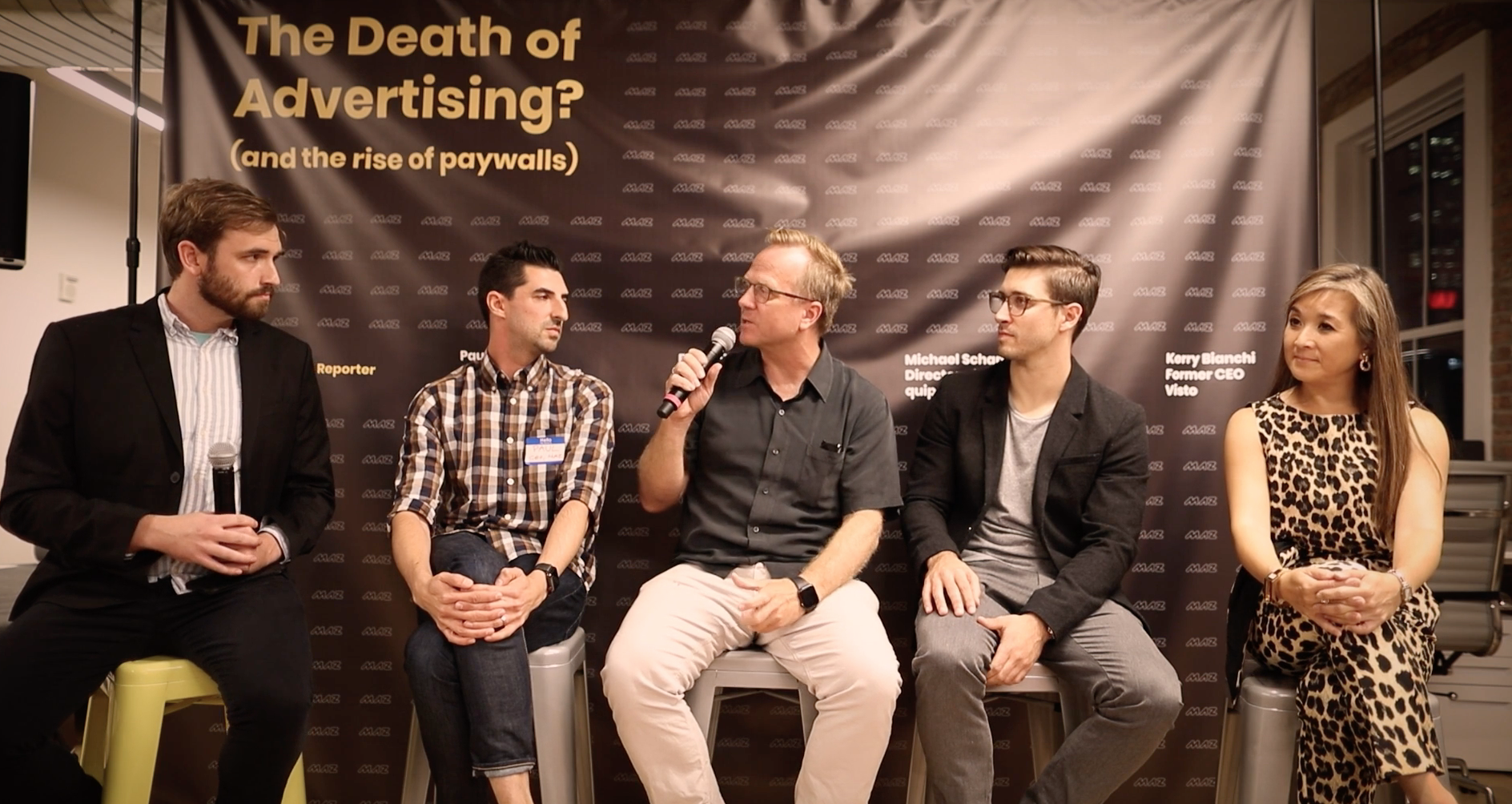 The Death of Advertising Panel: Teaser

A sneak peak of our Death to Advertising, Rise of Paywalls panel moderated by Adweek emerging tech reporter Patrick Kulp, was made up of MAZ CEO Paul Canetti, The New... 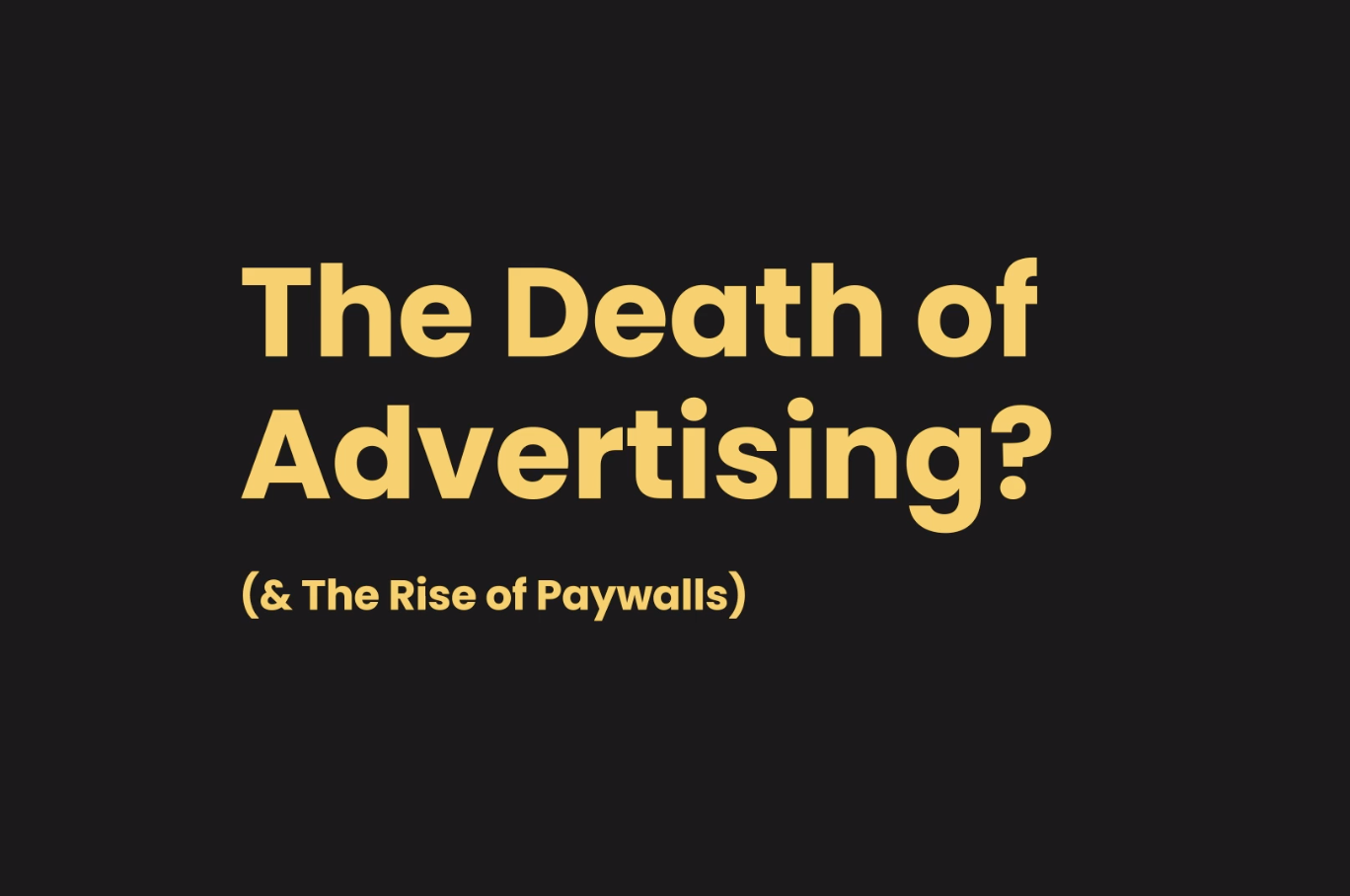