The first amendment grants us the freedom of the press and a mostly unregulated print media space. It gives us an unregulated internet, where anyone can say and share anything on their mind – which is a mostly good thing (just stay away from any comment sections).

The government (despite its best efforts) has had a hands-off approach in print and online internet media, it has long been in control of broadcasting. This, at first, was done out of necessity. The year was 1910 and the concept of wireless radio communication was still in its infancy, leading Congress to apply regulatory legislation to help this new medium grow responsibly and ensure that it wouldn’t “impede upon public and private message transmission, especially vessels in distress”.

Since that time, the FCC has overseen radio deregulation, the rise of cable television, the fallout of “wardrobe malfunctions”, and the recent (but still being challenged) dismantling of Net Neutrality.

What this tells us is that while we are a nation that has placed the freedom of press, expression, and religion first, we are in a field with boundaries set by state and national policy.

Recently, on the state and federal level policies have been enacted or enforced that will shift our parameters of content. The way we access it, the price we pay for it, and the corporations who distribute it will be changed based on our government taking action on “our behalf”, but are they?

“No binge watching without taxation?”

In 2015, Chicago extended it’s pre-existing 9% amusement tax to include paid subscriptions for streaming entertainment services. Naturally, this was met by several lawsuits but four years later, Chicago received a total of $2 million from Sony, Fandango, and Eventbrite for their online services.

Streaming giants Netflix, Spotify, and Amazon Prime are holding out with a lawsuit that’s currently on appeal but a door has been opened. Chicago expects to raise up to $12 million a year from this tax and other areas have taken notice. Kentucky, Rhode Island, and Pennsylvania have plans to enact or enforce a similar tax with many more to come in the future.

The reason? We love being online. We’d rather text than have a conversation in person, watch sports at home over going to the stadium, and shop. online instead of going to the store. This has resulted in lower sales tax revenue coming in and ironically the cities and states seeking to recoup that lost revenue, have also decided to go online.

Last year, the Supreme Court ruled that states can force online shoppers to pay sales tax and we are just beginning to feel the effects of that decision. If the streaming giants lose their appeal, a large number of states will rush to enact similar laws of their own under the mindset that 1. This is a great way to recoup or add revenue and 2. These companies are big enough, they can afford it. They’re right on both accounts but these could have adverse effects on the industry.

Imagine a scenario where each streaming is serviced is taxed, not universally – but by different amounts based on the legislation of each city and state, this will inevitably trickle down in the form of higher prices to the consumer. With higher prices across the board for music and video streaming, consumers will elect to spend less, make an already competitive market that much tighter.

We believe that in the this OTT revolution, the smaller, more agile content creators will flourish but dealing with taxes from different states/cities would amount to a large amount of red tape that could choke the growth of these smaller companies resulting in decreased competition. The taxation of streaming services makes sense from a budgetary perspective but could end up having a chilling effect across the OTT space.

Since 5 is a greater number than 4, 5G is the next generation in high-speed mobile networks. However, 5G is more than just a number, it will play a crucial role in how our society enters its next phase.

3G gave our mobile devices consistent internet access which enabled browsers to be developed and led to the rise of social media apps like Instagram or Twitter that allowed us to carry the world in our pocket. 4G improved upon those benefits which paved the way for OTT and other streaming services, forever changing how we consume content.

5G is constructed differently, as opposed to using giant cell towers, 5G relies on a network of much smaller, but more densely-deployed, antennae attached to existing infrastructure. By these antennae being so close together, it will allow for speeds 100x faster than 4G.

Extra speed and connectivity are great for streaming your favorite show, but the real benefit of 5G will be as the backbone to our emerging “Internet of Things” connected world. A 5G network can reliably handle substantially more devices than a 4G network and will allow our homes and cities to be smarter. It will provide the infrastructure for the smart car allowing autonomously driven vehicles the ability to communicate with other devices and sensors in its surrounding area to make complex decisions in milliseconds.

With so much potential, and so much at stake, the US government has made two moves in response: one towards fast growth (with a cost) and exclusion.

The US in a rush to become a leader in 5G for the economic and technological benefits it’d bring. T-Mobile and Sprint have been trying to merge for the better part of a year with no traction, until recently.

With the promise of providing 5G coverage to 97% of the US, T-Mobile/Sprint received the blessing of FCC chair Ajit Pai who will now support the merger. The Justice Department, on the other hand, not so much.

Their concern is that having 3 mobile carriers over 4 will lead to less competition and poorer service for the consumer. The question is, will the Government overlook these concerns for the prospect of a wide-ranging 5G network built quickly? We will see.

Huawei was blacklisted by the US government over security concerns. Huawei, a leader in 5G space is now blocked from bidding on 5G spectrum spots. This is for concern out of giving the Chinese based company too much leverage over our networking system with the fear not being having data or information stolen but by having what could be a large network system shut down due to differences with China. Huawei CEO Ren Zhengfei vehemently denies these claims but the US government (for better or worse) is seeking out its own interest under the guise of national security.

As our world gets smaller and the speed of information travels faster and faster, the United States has enjoyed the benefits of huge freedoms. We are a country of wide open spaces, but if you look harder, past the horizon, you’ll see fences. Because regardless of the technological advances, a free market, a free form of communication will always have boundaries in place by Government policy. Rules and regulations are in place to control who and how our content and our ideas are shared. We’re a country boxed in by bureaucracy and red tape. Whether they are for our benefit or detriment is for history to decide. 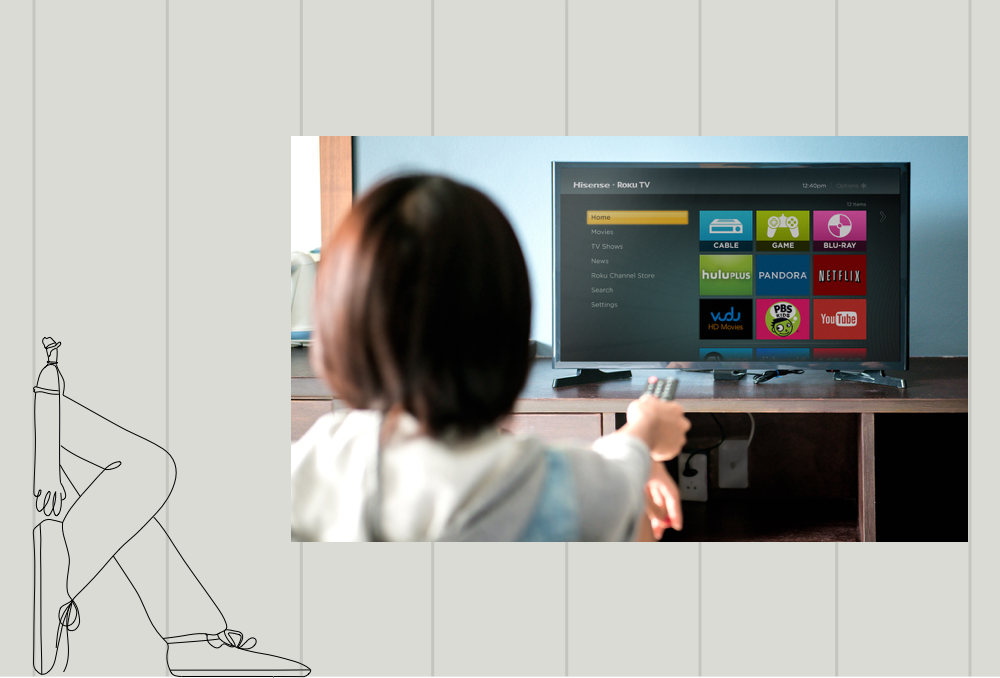 What is OTT? A Full Guide to Over-the-Top Video Streaming in 2020.

Everybody is talking about over-the-top media (or OTT) right now. It’s a buzzword for anyone interested in video streaming and TV platforms. But what is OTT? What... 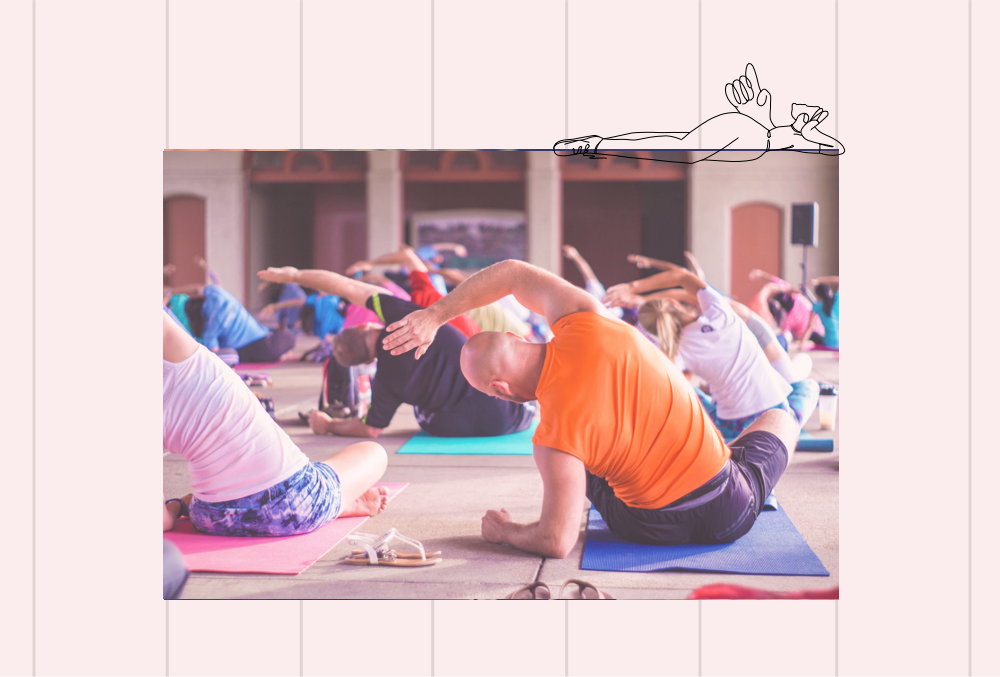 How Yoga Businesses Can Make Money with Video Streaming.

It’s safe to say that in 2020, Connected TVs are becoming as common as smartphones. And with cord-cutting on the rise, consumers are streaming all kinds of video...